FESCO Transportation Group (“FESCO”) has organized delivery of heavy equipment for construction of NPP Akkuyu in the Republic of Turkey. 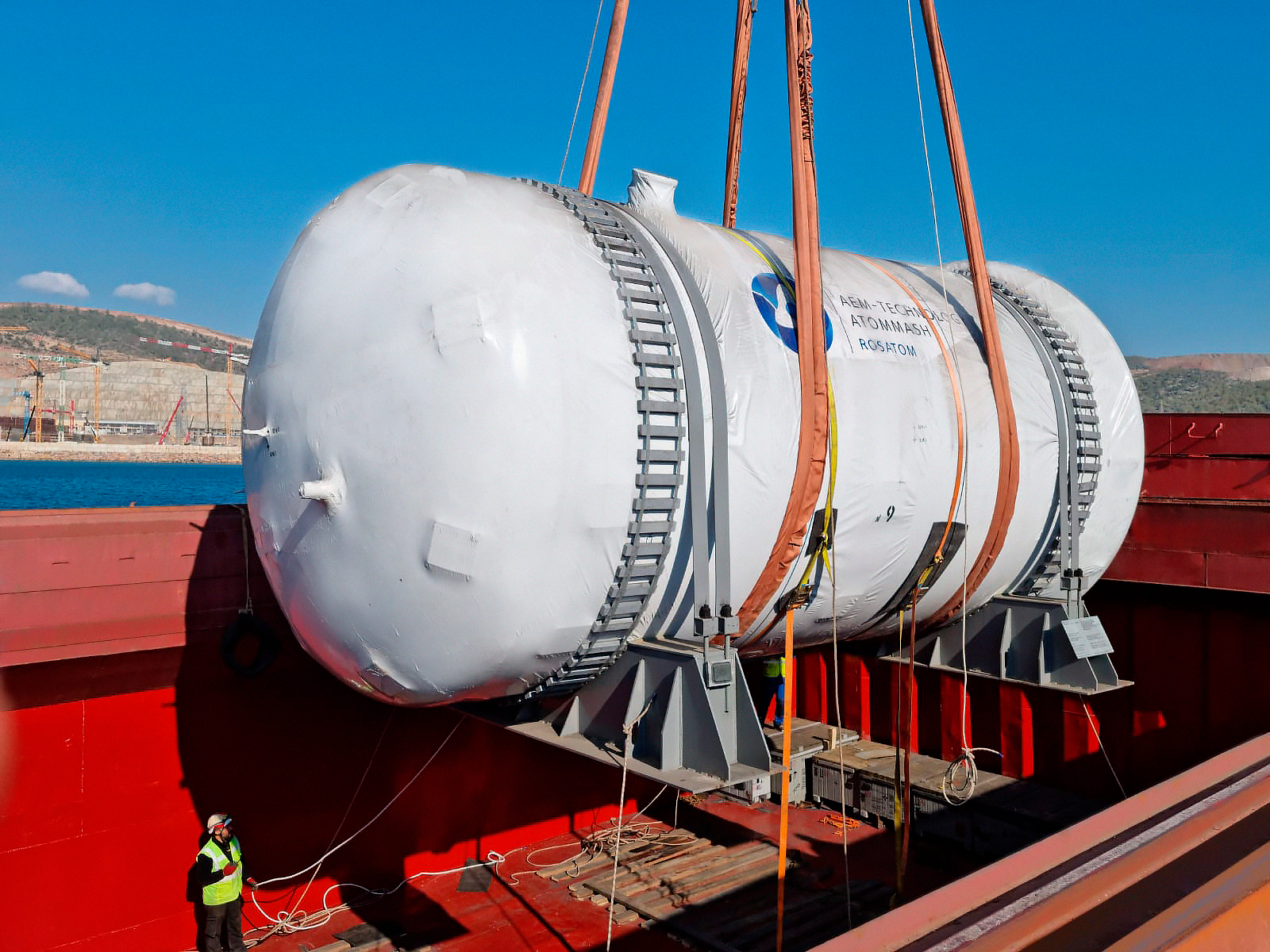 Cargo vessel Viking with eight sets of accumulators of the system for passive inundation of the core (which are one of the most important elements of the NPP safety system) weighing 83 tons each and an upper unit with a reactor vessel lid weighing 104 tons has arrived from port Rostov-on-Don to cargo terminal Vostochny in early January 2022. The total weight of delivered cargo made up 948 tons.

FESCO specialists with the direct participation and control of specialists from the Department of Transport and Warehouse Logistics and Customs Clearance of AKKUYU NUCLEAR JSC (a Rosatom State Corporation company responsible for construction and subsequent operation of NPP Akkuyu) ensured transshipment of cargo from the vessel to motor vehicles with two Liebherr LG-1750 mobile cranes with a lifting ability of 750 tons and with a Liebherr LTM-1120 with a lifting ability of 120 tons as well as transportation and placement of equipment in temporary storage facilities – at storage facilities of the NPP construction site.

In September 2021, within the frames of the Eastern Economic Forum FESCO and AKKUYU NUCLEAR JSC signed an agreement for provision of a range of logistics services at terminal Vostochny for handling cargo delivered by sea as part of the NPP construction project. According to the agreement, FESCO acts as the logistics operator of cargo terminal Vostochny.

NPP Akkuyu is the world’s first project in nuclear industry implemented by Rosatom State Corporation according to the BOO (“build-own-operate”) model. The NPP Akkuyu project includes four power units with Russian type VVER generation III+ reactors of increased safety and improved technical and economic characteristics. Capacity of each power unit of the NPP will be 1 200 MW.